Why isn’t Chargemap compatible with Apple Carplay and Android Auto? 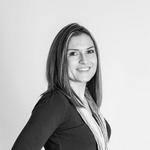 Updated 3 months ago by Laetitia

Apple Carplay and Android Auto allow drivers to connect their smartphones to their vehicles and use certain mobile apps directly on their dashboard screen.

If Chargemap cannot be used via these systems it’s not because we don’t want to develop this feature, but because at the present time, Apple and Google only authorise the use of certain highly specific types of apps – and Chargemap isn’t one of them.

Android Auto only authorises the development of music and messaging apps and apps developed with “certain specific partners”.

Apple Carplay only authorises the development of music, messaging and navigation apps and apps developed by carmakers. Although Chargemap is classified as a “Navigation” app, Apple has decided that apps “developed mainly to find points of interest” (which is true for Chargemap) are not authorised to access Carplay.

Since the founding of Chargemap in 2011, we have cherished the vision that our service would one day be accessible from your dashboard.

We regret that these platforms are not more open-minded and we are keeping a sharp lookout for any progress in the rules so that we can fully integrate Chargemap into your vehicles.

We invite platforms and carmakers to be more open-minded and allow the emergence of new, innovative services for drivers.

How did we do?

Powered by HelpDocs (opens in a new tab)